In “You’d Like This,” we ask author-translator pairs to exchange recommendations. Here, Melissa Febos and Denise Kripper respond. Febos is the author of the memoir Girlhood, which Kripper translated into Spanish as Nena.

DK: I saw an exhibit by this art collective in the early 2000s back in Buenos Aires and I have been a fan ever since. The name Mondongo means “tripe” and refers to a traditional Argentine stew. In their 2008 manifesto, the group self-described as “witches stirring it up in a cauldron: revolving and expecting and trying and experimenting; attempting to alchemize, to distill, and ooze all the chaos.” They create large-scale pieces using unusual materials such as beads, glitter, glass, nails, and dried meat. Some of their most irreverent portraits include Eva Perón rendered in stale bread, Che Guevara in nails, and Jorge Luis Borges in cotton thread. There are two series that I found especially provocative and playful: in Serie Roja, the artists used bright-colored plasticine to depict sensual scenes from Little Red Riding Hood, and in Serie Negra, they recreated porno images using cookies and crackers. The works in both series are visually arresting and raise questions about innocence and sexuality that I thought were very much present in Nena as well.

Portrait of a Lady on Fire

MF: Portrait of a Lady on Fire was the lesbian love story I’d been waiting for my whole life. Growing up in the 1980s and 90s, I was obsessed with films about women in love with each other (Bound, Heavenly Creatures, The Incredibly True Adventures of Two Girls in Love) but so often the plot was driven by shame — the characters met tragic ends and rarely transcended the homophobia of the time in which the films were set or made. Portrait has conflict, of course, but mostly we watch a female artist’s love and art wind together, each invigorating the other. I wish I could go back in time and give it to my adolescent self.

DK: The protagonist in Lucrecia Martel’s La niña santa, is deeply consumed by both her religious upbringing and her emerging sexuality — so much so that she confuses the experience of sexual assault with a divine calling. This is a subtle film of intense silences focused on the female gaze. (And incidentally, the film poster with the two girls swimming reminds me of Nena’s cover.)

MF: I first saw Sarah Jones’s rapture-inducing one-woman show in 2016. I was besotted with her approach to the subject matter (she brings both humor and humanity to her exploration of sex work) and with her artistic dexterity (Jones is a brilliant actor and can perform characters across ages, genders, and ethnicities with shocking persuasiveness). It is one the best things I’ve seen on a stage. I went to an updated production in 2018 and it had, impossibly, become even more brilliant. It’s since been adapted into a film, produced by Meryl Streep, and is out in theaters today.

DK: The author Camila Sosa Villada is from the province of Córdoba, in Argentina, where Nena’s publisher Chai Editora is based. In her autobiographical novel Las malas, she writes about a community of trans sex workers who adopt a baby found abandoned in the park. While exposing the violence and contempt that trans women suffer in society, the novel is also a tender coming-of-age story filled with fantastical elements, love and beauty, and bright moments of solidarity. The book just came out in the U.S. in a bold English translation by Kit Maude: Bad Girls.

The Renunciations by Donika Kelly

MF: Okay, the obvious caveat here is that I am married to the author of this poetry collection. In my defense, it was her work that prompted me to introduce myself. There are artistic works that move me, that I might count among my favorites, but whose creators do not necessarily interest me. Then there are other works in which I recognize a blueprint of a mind, a method of comprehension through art, that feels intimately familiar. With these works, I have a deep desire to know the artist. It’s very rare to encounter, but Donika’s work is on that short list. I think you’ll see why I wrote to her all those years ago. 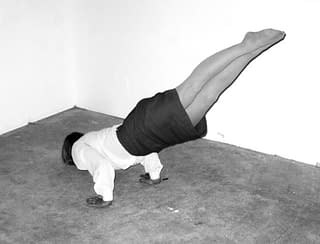 Isabelle Wenzel: Switching My Brain Off 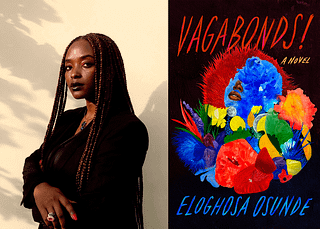 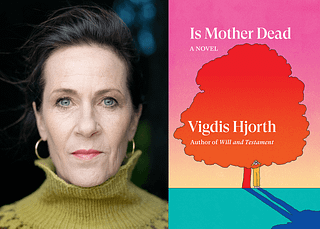