I am rolling around naked on a Chinese rug from, like, the late 1800s. I’m thinking really, really hard about the rug because I’m on ketamine and can’t telescope back for the life of me. Every shape of every thought becomes bigger and bigger and then multisided — I have to catch my breath when I think of, like, the world and its vastness and blah blah blah, things of that nature. Like, China, OMG! That’s SO. FAR. AWAY. And the late 1800s also. OMG! SO. FAR. AWAY. When I rub my schlong on this old-ass rug I feel like I’m sticking my whole dick in the space-time continuum without a rubber. This is probably how the characters on Star Trek feel ALL THE TIME. My daddy is handing drugs to some guys on the couch. He is holding his regular Wednesday orgy. My daddy is this older Asian dude. He collects boys and art. He has shit in this house that’s even older than the rug. In fact, everything in his house is like a THRIVING specimen of a different time. Himself included. He’s damn near sixty but looks like a nine-year-old in the face. He is holding a plate of drugs and he is high as fuck also. He’s wearing a black see-through lace romper that, for whatever fucking reason, is paired with a big-ass button that says, KISS ME, I’M IRISH.

“No, like, I’m not Irish, I’m from Vietnam, you get it?!” He says this without a hint of humor and this is why I love this man.

Doing copious amounts of drugs with other gay men is so cathartic. Gay drug brotherhoods are powerful. Every time I do hella drugs with other faggots I feel like it erases, in my brain, a time a bully kicked my ass.

I don’t think I ever really “met” my daddy — he was that type of friend where you’ve already met so many times in passing that the start is always ill-defined. Our union is this weird nod to the poetics of metaphysics, how there is no such thing as “the beginning of time.” He just somehow always was, and it is of great comfort to me that that is the case. Everything about him spells comfort.

The first time he and I fucked I was so stoned I actually said, “Have you ever thought about how the word painting has the word pain in it?” That’s when he decided I should make him a painting for his personal collection. He wanted something from me that he could keep forever. But it felt like such a call to action that I flaked on it.

Now I need not play the prude here — I know all the nooks and crannies of the city, all the deep, dirty, dark cuts and crevices, places I can go where the boys don’t care what you have; in fact, you need not talk about anything. I know places where the boys don’t care how much money you make or what private college you went to. Places where the boys are so horny they don’t even give a fuck what your dick looks like. Places where a penicillin shot in your butt cheek or a lifetime regimen of pills is merely an occupational hazard. Places where I can go and not mention a single thing about myself. I can be just a walking fuck shadow, a shadow who’s willing to grant any stranger who asks full entry. That is to say, I could participate… but I’m just too fucking comfortable, high as fuck on this ancient-ass Chinese rug. “I’M ON DRUGS ON AN ANTIQUE CHINESE RUG RIGHT NOW.” I send it in a group text. OMG! Is this how Grace Jones felt in the eighties? Is this how Grace Jones feels EVERY DAY? I mean, probably!

As I roll around on the rug, I keep fantasizing about moonlighting as a top. Sometimes I wish I could have been like the boy in Moonlight. That movie, remember? Like, the movie where a boy touches one dick as a teenager and spends like twenty years really, really wrestling with his desire around it. I think that’s why that movie won so many awards — he didn’t become the lavender menace that boys like me became the second a dick entered our lives. He let that handjob crescendo him into a specimen of masculine restraint and honestly, I’m so fucking over the world rewarding piety. But who cares what I think? I’m a promiscuous homosexual and no one listens to me. If there were a movie about a boy like me, there would be a scene of him touching his first dick and then another and another and then like nine hundred more. It would end with a shot in which the camera pans down over wind-whipped leaves scattered across a tombstone (mine) that reads, SHE TOUCHED A LOT OF DICKS. There wouldn’t be any piety. I don’t see that movie winning any awards.

I am curled in the fetal position and playing with my penis. It is hard and the head of it is resting on my navel and the skin around it is configured into some asymmetrical circular shape and I am envisioning what it would look like if I were circumcised. I can’t really picture it, but I pull back the foreskin and my dick is lacrimating from the view of my daddy fucking literally everyone on the couch. Like, is it even an orgy if there’s just one top? Or is this called “community work”? Someone should REALLY buy my daddy lunch for, like, getting all the drugs AND topping. (Again, I might actually really be in love with this man.)

My daddy is that uncomplicated, no-pretensions kind of man who has no childhood traumas to wear on his sleeve. He never bears ill will toward anyone, not even those who deserve it. No, he real-deal does his best to collect beauty in the world. His house of artifacts would feel like a museum if he didn’t float through it on a cloud of kindness. He is the thing that makes this museum a home — like his very touch could lift the curse off of any object. He’s from the old school of gay men, so many of whom seem to have died. Most men these days treat sex like they are ordering food: no fats, no femmes, no this, no that. The precision sucks all the fun out of being human. My daddy’s curation of men at his orgy is as exquisite and vast as his art taste. No two men are the same and he always seems to make these seemingly disparate things fit together. I have stalled on his painting for so long. What’s another shitty painting to a man who owns so many actually valuable ones?

My daddy has absolutely zero interest in my dick; as the saying goes, that man is such a top that he doesn’t even bother wiping his ass after he takes a shit. Only, like, that’s just a saying. Not only is this man a top who owns a bidet, but he also splashes expensive French toilet water on his asshole and balls as, like, a whole aromatherapy trip for whoever’s sucking his dick. (Again, I MIGHT ACTUALLY BE IN LOVE WITH THIS MAN.)

I am not by nature an overly choosy person when it comes to lovers, but my one rule is that his skin has to be as soft and as beautiful as mine. Just like my daddy’s. I like the feel of another smooth body, so smooth that I can only imagine it being akin to the skin texture of a dolphin. Like, every time I fuck another hairless man, part of me can’t help but imagine that we are having telepathic, high-pitched, squealy dolphin sex that’s too high-pitched for other humans to hear. Only we can hear it in our heads and every dog within a two-block radius is like dying from how dog whistle–like our fucked up human dolphin sex sounds. We say nothing because dirty talk is for people who watch too much porn. Sex with a top of the caliber I require demands a telepathic, charged silence. Except for the dolphin imagery every part of the scenario is turning me on and I jack off on the carpet alone, away from the five others on the couch having sex. I honestly don’t think I’ve even really looked at any of them. I’m alone on the floor and I see my daddy looking around to make sure that I am somewhere close. He winks at me. He loves me.

I spray the entire contents of my balls all over myself and my stomach is covered in chlamydia-laced semen. I am so relieved that I found enough ego within me somewhere to bust a nut and my mind can finally calm itself. I don’t even bother to wipe myself clean. I simply sleep in it. I know the painting is a metaphor. The thing my daddy actually wanted to collect was me, and I am already all his.

Brontez Purnell is a dancer, musician, and writer. Originally from Triana, Alabama, he has lived in Oakland, California, for twenty years. His book 100 Boyfriends received the 2022 Lambda Literary Award for Gay Fiction. 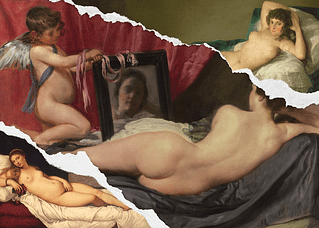 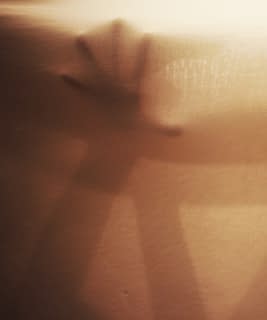 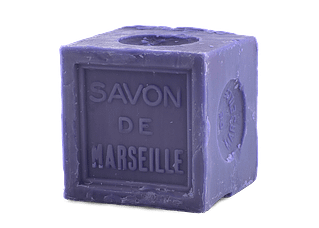 In Search of Lost Soap: A Playlet