“I dey swerve traffic small,” the bus driver says, veering off the main road. We pass a KVIP, and the unmistakable scent of collective shit rises like smoke. The houses we drive past have rusty roofs and windows with missing louvers and fading blue walls that look like water seeped into a painter’s drawing.

As we reach the end of the street, a low guttural voice behind me starts humming a Presbyterian hymn. It’s the one my grandmother always sings.

Once, in the bathroom of a four-star hotel, Naana and I spent thirty-two minutes trying to draw on perfect eyebrows. We had been friends for four years. I first saw her at a Spiritual Union camp. She was telling a boy he couldn’t laugh at a girl for being an A cup when he had the smallest feet. We bonded instantly. We liked the same movies and were both mean to boys. We’d written and directed a one-minute short film titled “Girls on Snapchat Be Like . . .” And she’d once walked closely behind me from the mall to get a taxi just so nobody else could see the bloodstain on my skirt.

I blinked and looked at her for a second too long. Her question threw me off guard. I swallowed hard and shifted uncomfortably.

“What? Are you serious?”

She placed the brown eye pencil on the marble sink and turned to me.

“Listen to me. Touch yourself. Touch yourself, you hear? How do you give someone permission to travel a road you’ve not used yourself? How do you expect the trip to be smooth when you don’t know how to get there? Do not let another man visit the Promised Land when you haven’t graced the walls of the land with your holiness.”

A teenager with breasts three times bigger than mine blocks my view out the bus window. I remember myself as a teenager, with no breasts, figuring out life for myself, and I think this teenager will be just fine. She’s wearing a red faux leather skirt that exposes a creamy thigh with two beauty spots lined up on it, as if God placed them there as an afterthought. Tiny beads of sweat cover her nose. She’s gesturing wildly and telling someone on the phone that a boy called Kpakpo is a big fat liar because she, Akwele, has never read Mills & Boons or any sex novels, she reads only correct books and has even started reading John Grisham. When she says the word sex, it feels to me like popping a toffee into your mouth. She looks sixteen or seventeen, with large eyes and a big lower lip, and I still think she will
do just fine.

When I was in class 3, my teacher, Mr. Akwetey, shuffled the class and arranged the seating order such that no two boys or girls were sitting close to each other, every girl had to sit next to a boy and vice versa. That’s how Larry with the big head and lazy eyes became my sitting partner. During writing class, he took my hand underneath the table and guided it to his genitals. Mr. Akwetey was painstakingly writing out the quick brown fox jumps over the lazy dog in cursive on the blackboard. I looked up to see if anybody could see what was happening. I looked back at Larry. He turned his attention to the blackboard and kept his hold on my wrist, moving my hand to and fro around his genitals. I felt frozen; I did not whisk my hand away. And then he pulled my skirt a little farther up and urgently pushed
his fingers through. After class I stayed in my seat and refused to go for lunch even though I was dying for a strawberry lollipop. I hid my hand in my pocket and didn’t take it out till my father picked me up from school.

I changed my seat the next day. Mr Akwetey made me kneel for an hour for taking Baafi’s seat, but I sat in Baafi’s seat for the next three days until Mr. Akwetey finally gave up. I would think often about this incident and be filled with crippling guilt. I wondered if I was a good child, and if I was, had this one sin revoked my goodness? Should I have taken my hand off? Did staying still imply my willingness? Was there anything I did to invite him to touch me that day? Did I subconsciously want to touch him? Should I have told someone about this?

The next year, my father was transferred to a church outside of the city so we moved, and I never saw Larry again.

A strong smell hits my nose and I glance accusingly at the man sitting beside me. If you want to fart in an enclosed space then you can buy your own car and fart every ten minutes. I am glad to get off at the next stop.

Taking my clothes off when I get home is a hurried ritual, as if my sanity depends on how fast I can unhook my bra. The mirror repeats every action back to me and when I look myself straight in the eye, I think that it is fair to say that me, too, I be fine girl. Ink dey for my body small. My hair is impractically tough but somehow I’m able to tame it. Clothes fall easily on my side with no hips to distract them. I have had lovers tell me they love me even though I have no breasts, as though I should be thankful. I have had them explore my body with their fingers as though they were digging for a treasure just beneath the surface.

The teenager on the bus will do just fine when she learns what comes after a body is developed. When desire rents space in your body. When lust tiptoes in on random Sunday afternoons. When she discovers the urge to lie with a man who has only fleeting feelings for her. All the phone calls she has made, and the “correct” books she has read, will be pushed aside and forgotten. They will make no difference to the men she will come to love, who will then come to leave her.

I remember how as a young woman I’d slide my fingers down, imitating an ardent lover, imagining a wanton partner, the buzz and eagerness to please, the careless affection.

I slide my underwear out of the way and rock my finger to and fro. And then as the intensity builds up, as the seemingly long spurt of excitement announces itself, as it ushers in its promise of glorious release, I part my chapped lips, only ever so slightly, swallowing quick and hard, and I think of how alive this makes me feel — and then I let it drip.

Ama Asantewa Diaka is a storyteller. She is the author of the chapbook You Too Will Know Me and the poetry collection Woman, Eat Me Whole, which will be published by Ecco in April 2022. 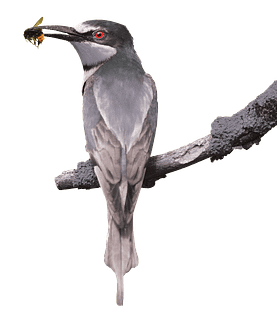 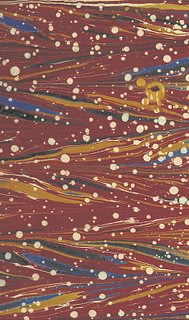