It was just at the start of 2020 that I met for coffee with my Swedish translator, Helena Fagertun, who was visiting New York at the time. I seldom ventured out alone socially, still hadn’t figured out how to be separated from my three-year-old daughter for long periods, but I agreed to meet Helena because she had agreed to come near me. This was often my constraint for “meeting for coffee”: it had to be either in my neighborhood or a neighborhood nearby. I was curious what it would be like to have a conversation with someone who had spent so much time with books I had written. I hadn’t spent much time with either of these books since I wrote them, more than a decade before. Helena had rewritten them in her own language much more recently, so really, in some ways, I’m realizing while writing this, she was more recently the author of these books than I was. Perhaps I was curious to talk to someone who had spent so much time with books that I used to reside within and did no longer. If I’m being honest, I also wanted to meet with her because I wanted her to translate more of my books, especially the novel that was set to be published later that spring, which featured a scene in which the narrator, who might or might not be me, muses about the experience of having books published in Swedish, and then being written about in the Swedish media, the bubbling sense that the press is writing about someone else. In that novel I, or the I that is the narrator, am pregnant with my, or her, first child, and here I was, at the time of my meeting for coffee with Helena, in the fog of an early second pregnancy, which I was still trying to conceal, for various reasons, but which made any exoduses outside the apartment, into the freezing surprise of the open air, or the stale smells of noisy interiors, almost unbearable. Although I’ve become accustomed to playing the loquacious guide in most social interactions, at least with other writers, perhaps now always the professor, I found myself, at least in the one version of my memory that I recall now, without many words, almost absent of speech. When I first became a published writer, more than a decade ago, I was taken aback by how charismatic writers were supposed to be in public, when in my experience the state of being a writer is allowing long periods of being without words, whether through struggle or as a respite, it depends. I have found that I am capable of being chatty, but that I will need to repair within myself afterward, if at all possible, which is increasingly more difficult with two small children and not many places to escape to. The adjunct professor and the published writer, both of which I am, have much in common, I’m realizing as I write this. They are always expected to perform something like brilliance—as well as warmth and charm—in order to be allowed to continue, to continue being hired to teach, and continue being published, both without ongoing contracts. In a way, I wonder how much my personality has evolved by being constantly in a service role, and now I’m also a mother, a steward to others’ needs and feelings. Perhaps this is also how a translator feels, that she is in service to the text, that this is a role partially of self-abnegation, however potentially pleasurable, but not without its alienation. Perhaps a Swedish translator might feel differently from an American writer, within our different economies? None of this I asked Helena Fagertun, or at least not exactly, but I thought about it during our coffee, also wondering how much she got paid to translate one of my words, versus how much I got paid to write one, but then, of course, I got paid again, usually a modest but welcome amount, to have someone else rewrite my words in another language. Perhaps this city has ruined me to art, all I think about is money and how I can get more of it.

For the Ecstasy issue, Helena Fagertun wrote a response to this essay, discussing her approach to translating Kate Zambreno’s work.

Kate Zambreno is the author most recently of the novel Drifts and To Write as If Already Dead, a study of Hervé Guibert. 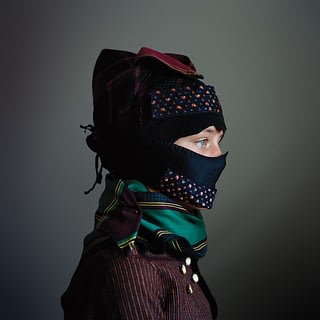 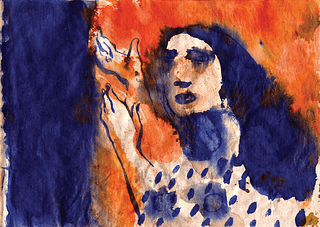