I knew nothing about art until the day I ventured to ask my father about an enormous Chinese ink painting that hung in our house in Macau. Enough time has passed that I can’t remember the artist’s name, but I recall the painting featured an immense river surrounded by mountains, a few trees, and a handful of pagodas. Three monkeys were concealed in the background. They were there to be “discovered”; they did not yield themselves readily to the spectator’s gaze.

I thought a wet pencil had been used to achieve the effect. I was five years old, and my question seemed innocent to my father, who was well-versed in Chinese ink.

“No,” he explained. “These paintings come from sticks made of a mix of soot, resin, and other powders.” He showed me one; it looked like fat, square chalk. “You can also use squid ink.”

In my mother’s house in Peru, clothes were still pressed with a charcoal box iron, so it wasn’t hard to imagine how charcoal could be ground up and made into these sticks.

That was my first encounter with surfaces and techniques that went beyond the first impression or initial assumptions.

Years went by, along with other lessons. I continued to live between my parent’s two countries, shuttling between continents. My uncle Tomás Kcomt Ospino, my mother’s younger brother, was then the mayor of Zarumilla in Peru, and he was very fond of painting. It was easier to understand art through him because his work was mostly figurative, reality depicted with colorful oil paints. There were no hidden monkeys or squid inks.

But the idea of a mystery lying behind a piece of art was imprinted on my memory. The goal was to discover what there was behind a painter’s work. I was discovering something similar with the literature and poems I was reading. I liked “difficult” paintings and literature, the artists and writers who didn’t call things by their name, who moved past the commonplace and arrived at compositions that had nothing to do with the real world. They spoke in some inexplicable way to the Julia who lived inside me and delighted in a world that was not my domestic world, or the real world. That’s art, I thought; that which conceals and utilizes pieces of everyday life, but is ultimately inside the head of its maker.

In witnessing paintings and literature side-by-side, I also began to understand that a painter could offer a different kind of revelation than a writer. My encounter with Picasso’s Guernica came after I read César Vallejo and was trying to understand pain, war, separation, guns, peace, betrayal. The two works offered me distinct answers to my questions, but they were linked at the level of imagination.

All the while, I wondered, Why do I only see Chinese ink paintings in China, and not in Latin America? Why are Picasso and Vallejo so important for our language and culture in Latin America, while remaining relatively unknown in China? The questions of a sixteen-year-old who was split between territories. The world was divided, implacably cleft between continents, and that caused me deep distress.

But one day, in 1994 or thereabouts, I met a Cuban in Tübingen, Germany, who lent me a book of poetry. Tucked inside, I found a postcard of a painting by Wifredo Lam. (It’s worth emphasizing that his first name is spelled without the letter l.) The title was The Jungle. I would eventually learn that Lam — born to an Afro-Cuban mother and Chinese father — had drawn on both Cubism and Afro-Cuban traditions to create the piece. But when I first saw the painting, I didn’t know these details, and simply encountered it through the lens of my own experiences. The imagery and color palette of the painting seemed to combine the blues of the ocean around Macau, the yellows of the desert in Chepén where I was born, and the succulent greens of the Peruvian rainforest I had been fortunate enough to visit. For a few seconds, my two worlds came together, Macau and Peru. Everything existed in a single space, the homegrown dreams and the dreams from elsewhere that dwelled inside of me. To my surprise, this painting in which I could barely make out the silhouettes of trees and people, contours, was capable — for a few moments — of joining together in my chest things I had thought could never be merged.

I began satisfying my thirst to learn about this painter with a familiar last name. Lam, the pronunciation of the Cantonese word for blue, was not a new sound for me; neighbors and relatives around me in Chepén’s Chinese community had shared that last name. For the first time, I felt like a flesh-and-bone person could make possible the unity I had so longed for. I set out looking for books, texts, paintings, all the information I could get. There was no internet or Wikipedia, so it wasn’t easy, but I gradually discerned that while his Cubism may have seemed learned from Europe — where he befriended Picasso in Paris and bore witness to European political movements — Lam was also playing with other elements, other volumes and nuances, other feelings. The further I entered into his world, the more I saw Latin America reflected in his choices. The earth and green tones in Lam’s paintings are not European. Cubism is not always European Cubism.

Many years later, I had the good fortune of going to Cuba and coming face to face with Lam’s paintings for the first time in the marvelous Museo de Bellas Artes. The Jungle wasn’t there when I visited, but other paintings were. That sense of unity came back, and I felt like it was healing all the scatteredness and fragmentation in me, despite the fact that I was standing in front of a universe that was totally fractured. The colors of his sand weren’t dispiriting or invigorating — they were tender. That is the word I landed on for Lam’s art.

I remember that, when I walked into the museum that afternoon, I appeared to be the only visitor. Perhaps I had arrived during a slow season or perhaps I was just lucky. I was lucky to have all that space to gaze at the art and revolutionary history in Cuba. I think everyone born in the sixties in Latin America once longed to visit Cuba, to see Fidel, to be part of the change in our very abusive countries, where tenderness was hidden under mud, where tears had to be silent. In that museum, I listened through color and forms. Lam’s paintings told stories that could not be rendered in words. It was a unique experience that filled a long void.

In the universe of my family, there are Afro-descendants and tusanes (Chinese Peruvians) and the diverse fruits of those ethnic mixings. In them, I sense a consecration of all the unexplored space between the divine and the human, a combination of feelings that can only be felt in their presence. I feel this too in the presence of Wifredo Lam, witnessing his divine genius in capturing color, form, and polarities on canvas, in such a way that speaks, for posterity, of new possibilities full of devotion and gratitude to one’s various roots. In Wifredo, the three monkeys coexist, multiply, and unfurl in a universe where desire becomes an impetus to merge.

Born in Chepén, Julia Wong Kcomt is Chinese Peruvian and the author of numerous works of poetry and fiction. Translations of her work have been published by The Margins, Words Without Borders, and Ugly Duckling Presse.

Jennifer Shyue is a translator focusing on contemporary Cuban and Asian Peruvian writers. Her work has appeared most recently in AGNI, Guernica, and Bennington Review, and her translation of Julia Wong Kcomt’s Vice-royal-ties was published by Ugly Duckling Presse in 2021. An assistant editor at New Vessel Press, she can be found at shyue.co. 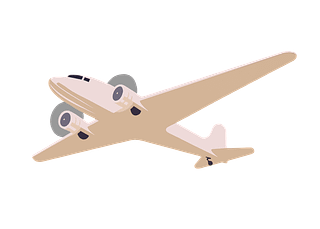