Ten years ago, at a lesbian club in Oslo, an older woman waved me over to the bar. She bought me a drink and asked what she might say to entice me home.

“Something funny. I like humor,” I said earnestly, humorlessly.

She thought for a minute, frowned, and responded in English, “It is very difficult to be funny in a foreign language.”

We touched glasses, she moved on, and I felt suddenly bereft. It was a dark basement bar, and though it was cool inside, the ice quickly diluted my drink. I wished she hadn’t gone away, but I understood her dilemma. I don’t have the precise and nuanced grasp of a second language that can leverage humor into eros or seduction. Probably I don’t have that ability in English, either. But unable to seduce with humor, I’m especially receptive to it, ravenous for it. Perhaps that’s not unusual. Who isn’t amused to be amused, taken with being taken, seduced by seduction? I crave just a bit of instability, just enough of an intellectual challenge.

This desire of mine — of ours — also translates to literature. Joyce Carol Oates once argued that certain novels require you to reach the last page before you can begin reading them. To learn to read this kind of novel you must first be seduced by it and immerse yourself in its terms. You must swallow the author’s language, let it sit conspicuous and foreign in the well of your stomach. Then, you cannot help but begin again — to facilitate its digestion. This was how I felt reading Katharina Volckmer’s debut novel, The Appointment, a few years ago. One evening, in the earlyish days of COVID lockdown, I finished the novel and immediately turned back to page one. The need was, as the French phenomenologist Emmanuel Levinas would say, imperious. I was taken with the book, sure. But the book had also, without my realizing it, taken me. The ending is brutal and, maybe for this reason, terribly funny. Brimming with questions, I sought out Volckmer for an interview. But even now, two years after our conversation was published, I find myself newly disoriented and seduced by the novel with each rereading.

Earlier this summer, at the Festival dei Due Mondi in Spoleto, Italy, I had the pleasure of attending the premiere of the Italian stage adaptation of The Appointment, titled L’appuntamento: ossia la storia di un cazzo ebreo. The day was blisteringly hot, but the venue — a church! — was dark and cool. The interior of the building was painted a cervical pink. Striated, muscular. Later that night I would learn from the director, Fabio Cherstich, that the paint job had been an error. It was meant to be white, not pink.

I imagined that seeing the play would unlock new insights into the novel, which it did, but it also overwhelmed me. Though I knew the play’s script was broken down into thirty-seven vignettes, in performance, there were no clear breaks. Only tonal shifts demarcated the narrator’s fragmented, loose leaps from memory to history to fantasy to plea to pleasure. Marta Pizzigallo was radiant as the speaker — intelligent, quick, desirous, and profoundly funny. With a propulsive, dynamic force, at times it feels like Pizzigallo delivers the monologue in just one great breath. Riccardo Centimeri, meanwhile, as the silent Dr. Seligman, gave the stillest performance I’d ever seen, looking for nearly the entire play like a waxen Foucault. He sits palms face down on his lap, until the final minute of the play (when he slides a hand into a latex glove, looking even more like Foucault). The novel refuses to let the speaker talk into a void — she addresses a doctor seated right between her legs. On stage, though, Cherstich’s decision to position the characters ten feet apart enables a confession of a different valence. In the novel it was easier to read the speaker’s dialogue as nervous talking (I personally always feel like I’m at Jiffy Lube when I’m at the gynecologist and ask mechanical questions accordingly) but watching Pizzigallo play across from Centimeri’s stillness, I was reminded of how an attentive interlocutor can instill a conversation with a certain gravity and presence.

I should mention here — in fact, I should have mentioned before — that I speak no Italian, not a word. This did not seem to me to be a deterrent. Having read the book several times, and knowing the shape of it, I figured I’d be able to track — at least in large segments — what was being said. In the few weeks before the show I attempted to develop a small arsenal of vocabulary central to the book. Basic words, words that we would use to talk about desire, sex, gender, fantasy. I was unprepared, of course, for the prodigious speed with which Pizzigallo delivered her lines — turns out Italian sounds far different spoken than it does on Duolingo, where it is cartoonishly, and helpfully articulated syllable by syllable. Lost in non-translation, I nauseatingly realized that the narrator’s story has far less to do with gender and desire than I remembered. Selective memory. (Which the book is about, too.)  Hers is an account, first and foremost, of language. (Of course a text is about language, you might be thinking.) Only now I was able to say even less about what the language was doing because it was in a language I cannot understand. Fuck understanding, I thought. I was lucky if I could get three words in the span of five minutes. I bleated in laughter along with the audience after a particularly long and unintelligible section, of which I was only able to make out, as a buoy, the phrase “Hitler in pajamas.”

Unable to follow the dialogue of the play with any degree of exactitude, I relied on Luca Maria Baldini’s live score, which, paralleling Pizzigallo’s monologue, was now soft, now barking, now staccato, now exasperated, now crystalline and hollow, now transcendent. Without being obtrusive or cloying, the score so neatly captured Pizzigallo’s cadence, that, in the play’s final moments, it was difficult to tell who led and who followed.

Seated in the church, as the lights went up, I wondered for the millionth time: What is a Jewish cock? It doesn’t seem worth puzzling out at length here — I wouldn’t want to ruin the fun for first-time readers — but only to say that as a Jewish trans man, this question nags at me. Neither the book nor the play hews closely to any trans narrative I’m familiar with. Indeed, the term trans is never used in the novel — and if it was used in the Italian script, I surely missed it — so it feels a bit intrusive to introduce the term in this essay. The thing about most trans narratives is they are precise. So precise, in fact, that they follow a very tired script. While there are compelling historical reasons for this — such as the need to craft a legible narrative for midcentury doctors and clinicians — they can foreclose surprising or seductive reading. With Volckmer’s novel and this stage adaptation, I still can’t tell if the desire for a “Jewish cock,” is trans or transy, metaphor, exaggeration, or (perhaps!) not about gender at all. I’m thrilled I don’t know. I’m reminded of Wittgenstein’s sensible proposition: “Whereof one cannot speak, thereof one must be silent.”

The morning of the performance, in the incredible heat, my partner and I went on a run down the Via Flaminia, bobbing and ducking across busy Umbrian lanes. By the time we got to the play that night — and we’d had time to cool down and shower — our shirts were once again soaked through. Looking up into the soaring church nave, watching Pizzigallo’s remarkable performance, I was seduced by the gestural humor I was still able to catch, despite not understanding most of what she said. My shirt was pasted to my back, slick with sweat. Only when the play ended did I realize that I’d leaned so far forward my face was practically resting in the updo of the woman in front of me. As if I had been able to get closer, then I would have understood just a bit more.

RL Goldberg is in the Society of Fellows at Dartmouth College. 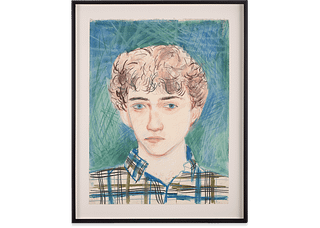 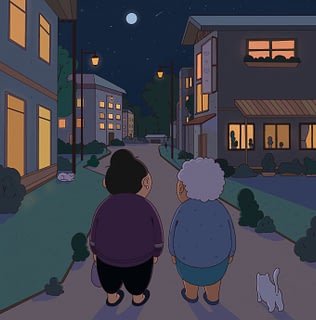