Film historian Jeanine Basinger coined the term “Bliss Montage” in her book A Woman’s View: How Hollywood Spoke to Women, 1930–1960 to describe the “Happy Interlude” that often interrupts old movies, where “the leading lady can be seen laughing her head off, dressed in fabulous clothes, racing across the water in a speedboat, her yachtsman lover at her side.” This kind of joy — the kind that “almost never appears anywhere except in a woman’s film” — quickly passes her by. There’s no story to the Bliss Montage, no life, only rehearsed poses. The real story is what happens before and after the sequence, where women’s lives tear through the artifice.

In Ling Ma’s story collection Bliss Montage, Chinese American women hope for a similar Happy Interlude, if not a happy ending. Instead, much like in Ma’s celebrated debut novel Severance, life happens to them, and surreal events force them to face who they really are. A film and media studies professor finds a magic portal in her office closet. A pregnant government official finds her baby’s arm poking her between the legs. A soon-to-be film studies PhD student is pushed to the limit by a drug that makes her invisible. An office worker sits across the table from her abuser’s current girlfriend. “On the other side is where the story begins,” the professor in “Office Hours” says as she opens her closet door and wanders into a parallel universe where it is always night. On the other side the strangeness of living in a body is exposed, the absurdity of carrying race and gender on one’s face, all against the backdrop of an America in ruin. When the cameras monitoring social and gender norms stop rolling, they see the truth.

Questions of foreignness and otherness are central to two of the strongest and most memorable stories in the collection, “Returning” and “Peking Duck.” In the uncanny and powerful “Returning,” two immigrant writers bond over their shared experiences, despite their wildly different upbringings. “You and me, we’re the same,” the husband says, but the narrator isn’t convinced. “Wasn’t it strange that, as a couple, we could communicate only in a second language?” she wonders. Soon they go to his native Garboza on vacation for what will be her first time in his home country, where he plans to participate in the Morning Festival, a local ritual where people get buried alive at night and are reborn in the morning, with whatever ails them completely healed. As soon as they arrive, she learns new things about him. He abandons her at the airport and she must find her way to the village on her own, where she hears people call him by a different name and feels like a stranger, despite the welcome signs in English promising that “There are no strangers in Garboza.” Outside of their shared home, language, and experiences, different parts of themselves are exposed as the story comes to a breathtaking conclusion where they meet each other once again. This ending, together with Ma’s meticulously-crafted mood and characterization, combine to such effect that this story alone could justify purchasing the whole collection.

But, of course, that’s not the only soaring piece of fiction. In the brilliantly layered metafictional story “Peking Duck,” Ma introduces a complicated immigrant mother-daughter dynamic, where the daughter attempts to narrate her mother’s experiences as an immigrant, begging the question of how one can honor the multiplicity of experiences under this one label. One layer shows the daughter’s own journey as an immigrant, reading books from the library and studying English with her mother, whose “imperfect, broken English serves as a scaffolding to [her] English.” In another layer, the daughter workshops a story she wrote, about the time a white door-to-door salesman forced his way into the house where her mother worked as a nanny, and everyone in the class has an opinion on it. In yet another, the mother judges her daughter’s appropriation of her story, and even how she sees her own life as an immigrant in America. Finally, a layer told from the mother’s perspective reveals what happened the day the white man came into her white boss’s house, though it is unclear if this is the mother’s narrative or the daughter’s as it appears in her workshop submission. Here, the trauma of immigration gets told and retold, framed and reframed, through multiple perspectives, and through this layering it reaches a depth that is hard to shake. Ma’s gift for endings is evident again, with a complex final moment of doubling where mother and daughter see each other through a rearview mirror. If the daughter fails to write a truthful immigrant story, Ma succeeds, in part due to this doubling and multiplying of selves, her playful use of structure, and a striking self-awareness.

In these stories, being an immigrant is a surreal disruptive experience, best described through metaphor and conceit. In the atmospheric “Tomorrow,” this takes the shape of an arm. Soon after Eve and her boss and on-and-off lover break up, she finds out she’s pregnant and takes time off work to decide what to do. Away from his gaze and their nationalistic government office, she faces the reality of her own body and circumstances, and wonders if she wants to force another body into a life in America. Her baby’s arm, an “appendage of ruddy flesh,” dangles between her legs, a stigmatized side effect of the extreme pollution and radioactivity in a collapsing America, in a future where the USA has lost its global dominance and its citizens are mocked. The world is turned on its head; what was once the norm becomes foreign and strange.

The motif of foreignness becomes more explicit once Eve finds refuge at a great-aunt’s apartment in China, where she visits her childhood home, talks like a child in her native language, keeps her baby’s arm literally under wraps, and doesn’t hear anyone else speak English — a language which has been forbidden abroad — for weeks. She talks to her great-aunt through an app that translates her words for her, despite the generational and cultural distance between them. It’s in the liminal space of an airport where she feels her two homes pulling her in opposite directions. An entitled white American couple is late to board their flight home and a Chinese airline employee refuses to make an exception for them. “We just want to go home. We just want to go home,” the white woman says between sobs. Her baby’s tiny American arm tears through Eve’s body in sympathy, though in the fraught world of the story it’s unlikely her Americanness registers through her Chinese face. The cameras and passersby can’t capture her complex internal reality, whose side she is on, if any at all. Ma masterfully captures her characters’ double consciousness, always seeing themselves through the white gaze, in stunning and bold new ways.

Ma also plays with the classic invisibility metaphor, where a character who is figuratively invisible in their society becomes literally invisible. In “G,” Bea visits a childhood friend and former roommate one last time before she moves away, intending to never see her, or any other reminders of their Chinese American community, ever again. While the narrator has assimilated to American life, her friend Bonnie is “exposed as FOB,” and no one wants to associate with her besides the narrator. As a last hurrah, Bonnie convinces her to do G, a since-banned revolutionary drug that turns you invisible, for old times’ sake. But Bonnie gives Bea too much of the drug on purpose, transforming her into a barely-there specter, no longer solid, so she’ll never be able to leave or even speak again. Disappearing is all Bea has ever wanted, even if that disappearing becomes a state of permanence, in a kind of death wish driven by the trauma of immigration. “Do you know. Do you know how easily the world yields to you when you move through it in an invisibility cocoon?” Bea wonders. She can be naked, be vulnerable, take risks, even climb into an ex-lover’s bed once she is removed from the female body and its perceived flaws, removed from race and immigration, removed from the self.

The irony here is that both women, as immigrants living in a white male world, were already invisible, often misunderstood by people who couldn’t see them properly. Whichever road they choose, it leads to the same end: in attempting to keep Bea from erasing her identity, Bonnie ultimately enables that erasure. Bea can’t win, but she finds comfort in fading, in forgetting what she lost, a ghost haunting her own past. Bonnie can’t see her lying on the couch, but she knows Bea is there. She appears wearing Bea’s clothes and shoes, posing as the better version of herself living the American Dream. Did I make it? she seems to be asking. Do I get my Bliss Montage now?

Even the weaker stories in the book, like the conceit-heavy and paper-thin “Yeti Lovemaking” (about a woman who sleeps with a yeti in a human suit) and “Los Angeles” (about a woman living in a house with 100 ex-boyfriends), are redeemed by Ma’s restrained prose style, dry humor, and clever gut-punch endings. But all this technical prowess doesn’t mean the collection lacks a heart. First- and second-generation Americans who might have been invisible for most of their lives are seen and held lovingly in Ma’s fiction. “It doesn’t take much to come into your own; all it takes is someone’s gaze,” one of the characters says. “Her interest actualized me.” Cue the Bliss Montage.

Bruna Dantas Lobato is a Brazilian writer and literary translator based in St. Louis. Her fiction has appeared in The New Yorker, A Public Space, and The Common, and her literary translations include Caio Fernando Abreu’s Moldy Strawberries, Stênio Gardel’s The Words That Remain, and Giovana Madalosso’s Tokyo Suite. She is currently at work on her first novel. 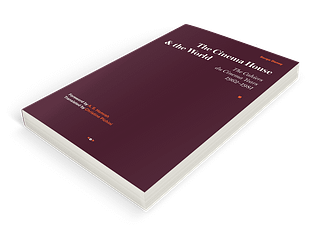 The Only Film Critic of Real Value in France 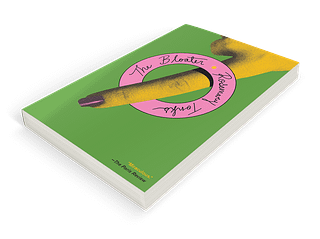 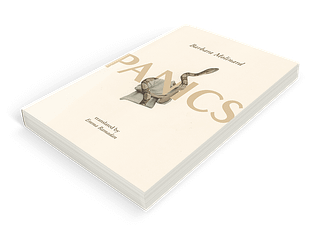 Pawns in a Dark Plot