Few people will have heard of the French writer Barbara Molinard. A close friend and protégée of Marguerite Duras, she published only one book, a slim volume of dark, absurdist short stories called Panics, originally put out by Éditions Mercure de France in 1969. In her glorious preface to the collection, Duras recounts the author’s agonized writing process; her struggle to write, or one should say, her struggle to finalize any of her writing. Indeed, Molinard wrote compulsively, but she destroyed with equal fervor. She often re-wrote pieces several times, feverishly assembling and disassembling texts, before ultimately sending them into the fire. The stories in this collection almost met the same fate. They were only brought to light because Duras and Molinard’s husband, the filmmaker Patrice Molinard, demanded she hand them over. “What readers will find here,” Duras writes tantalizingly, “is neither invented nor dreamed. It’s a record of lived experience.”

The thirteen stories in Panics — rendered into beautiful, plainspoken English by translator Emma Ramadan, and by turns surreal, mesmerizing, and darkly unhinged —bear the mark of their writer’s painstaking process. These are stories concerned with journeys and non-journeys, departures and non-departures, arrivals and non-arrivals. They range from actual voyages to the more metaphysical flights of the mind, but mostly only go in circles. One character waits for a train that never arrives; another, summoned by a mysterious call, sets out not knowing where or to whom they are being led. Still others, like the character X in “The Meeting,” frantically tries to reach his destination, only to find himself caught in an interminable, nightmarish loop. Uncertainty looms; time yawns open. Days repeat relentlessly. The characters grow frustrated. They seek answers and are met with silence or, at best, indifference. But what exactly is it they so desperately want to know? Panics is littered with questions for a world that provides no answers: “Why am I here? … When did I arrive?” and “do I have to stay here forever?”

“The Plane from Santa Rosa,” a simple but penetrating tale of existential anguish which opens the collection, also opens with, of course, a question. “EXCUSE ME, SIR, what time does the plane from Santa Rosa arrive?” asks the main character, a nameless woman of indeterminate age. She also wants to know what time the plane will take off and “how many stops it will make and the length of each one.” The employee at the front desk, initially eager to be of service, soon wearies as her questioning goes on: “the woman then wanted to know how many passengers would be on the plane, if the weather forecast was good, and finally, if there was any reason to fear an accident.” The more she clings to each possible outcome and detail of the itinerary, the more unhinged she appears. A puzzling detail: she isn’t waiting on anyone to arrive, or trying to fly anywhere herself. She lives alone and there is little to make her days cohere. Everyone else in the story — the employee, a sales clerk, and a beggar — belong to an objectifying, cold, external world that never names them. A sense of vertigo sets in as we witness this woman surrender to her implacable fate, leaning into the existential abyss of her life: “to the passing time, to the dead time she knew so well and from which she was forever forced to flee.” At the end of her day she imagines with dread how “tomorrow she would have to begin again, invent something else… invent something else — she knew all too well.”

Molinard’s fiction looks at the intolerable nature of a life lived according to the empty stroke of a clock, the rotating pages of a calendar. One thing is clear: time is a prison we have little control over. The characters in Panics are distressed not only because they know they are condemned to die but because they are condemned to live and struggle until that final and fateful day comes. There is a powerful, elegiac quality to Molinard’s writing borne out by her characters’ deep sense of isolation and dispossession. Suspended between a literal beginning and a presumed end, her characters are propelled through desolate landscapes and empty cities. They struggle to see both ahead and behind them, and yet they keep looking to wrest control of their lives, to make their past, present, and future cohere with meaning. The narrator in “Come” begins by announcing her own personal survival strategy: “Today” she says, “I’m finally starting on the goal I’ve set for myself: to write down the things that happen to me in a diary so I can have an exact record of them later on.” She thinks this “will allow me to impose a bit of order on my thoughts.” Most of the time, however, the characters’ attempts to make sense of themselves and understand their place in this world only lead them into further suffering. Once they reach a point of no return, they start looking for the escape hatch.

Panics arrives on the heels of a great many works by mid-century women writers (experimenting with form, questioning of realism as a category, etc.) that are making their way back into print in these years. Certainly, you could place Molinard in the company of Leonora Carrington and Anna Kavan, but she belongs above all to the great 20th Century writers of alienation: Beckett, Duras, Fanon, and Kafka. Like Kafka’s Josef K or K in The Castle her characters pursue a truth that continually evades them, and they are routinely faced with opaque others (masters, clerks, sadistic overlords) who refuse to give them any reason for their suffering. Nevertheless, they hope, perhaps dementedly, for better, more hospitable conditions. Sometimes it seems they long simply to be set free from civilization and delivered into some kind of higher plane or afterlife, a place where “everything is silent and pink, and clouds of dead leaves flutter over the sea.” But this place is lonely too: “There is never anyone but me on that beach when I’m there. Never anyone else at all.” Here, one notes echoes of another great European writer of alienation, Robert Walser, who in “Helbling’s Story” — a characteristically comedic, Walserian tale of existential woe and bureaucratic disillusionment — writes: “No sun, no culture, me, naked on a high rock, no storms, not even a wave, no water, no wind, no streets, no benches, no money, no time, and no breath. Then, at least, I should not be afraid anymore.”

Molinard appears to have shared this sentiment. In an interview with Duras, printed as the final piece in the collection, she describes an encounter with a cemetery vault. “The silence that reigns there is unlike any other,” she tells us. “It’s as though I’ve gone deaf. As I linger there, sitting on the stairs, an immense calm slowly invades me. Several times I think to myself that I should go back up. (My husband must be waiting for me.) But I stay there, tranquil and happy. Accepted.” It’s impossible, of course, to know what exactly made Molinard yearn to withdraw into self-isolation. But like Walser’s Helbling, and like her own characters, she seems to have had a strong sense of herself as an outsider, as someone unable to reconcile to the ways of other people. And one senses too that she did not hold humanity in very high regard: “The human race should be better,” she says bluntly in the interview. “We are very mediocre.”

So, what is better, in Molinard’s view? Nature, for one. In Panics nature comes to us personified and indignant: “trees rustled with anger and all nature rattled with sobs.” In “The Cage,” a surreal romance that borrows from the genre of the fairytale and is perhaps the finest story in the collection, nature glistens with secret foreknowledge: “The presence of a small invisible world that one could only perceive through subtle sounds filled the forest with mystery. Sensing with the wind that had just picked up that their death was near, the leaves trembled gently.” Molinard tries to access a world beyond human experience through language: vast, expansive, and fundamentally unknowable. Her characters, too, yearn for this. In the story, Berthe, a factory worker, falls under the spell of a boa constrictor at her local zoo. “The power unleashed by its body was terrifying, yet she couldn’t look away.” One night at the zoo, after the death of her lover, she watches the boa and experiences a sensation of “supreme calm through all her being, the promise of infinite bliss; she felt, yes, truly: happiness.” We watch in the last moments of the story as Berthe sneaks into the animal’s cage. The final image is of woman and snake intertwined. It’s tempting to read such an ending as a fantastical allegory of femininity. The communion of woman and snake is, after all, one of the West’s most prevalent symbols of female defiance. But this is not a moment of defiance, of female power, or sin even — if anything, it is a moment of ecstatic surrender. Berthe submits to the boa and in doing so she relinquishes herself to an elusive and unknown fate.

Not all the stories end on such a clear note. Most are engrossing, some are riveting; they deserve to be republished and translated into English here for the first time, but on occasion I was nagged by a feeling that Molinard was not done with them, that they had been wrenched from her prematurely, as indeed they were. At times, I found myself losing the thread of the plot, or getting stuck in the author’s labyrinthine, groping constructions. Admittedly, this may be the point, but I couldn’t help but feel fatigued, as if, as one character wonders, I too was “a pawn in some dark plot.”

In the end, death is the mystery Molinard returns to again and again. In her interview with Duras, she explains her fascination with the topic: “We have a chance,” she explains, “to seize in death, something which in life is elusive.” Death offers life its final shape, providing the arc that escapes us. The irony, of course, is that once we arrive at our final destination it is no longer for us to discern the paths our lives have taken. Until that day comes, we’re all in the dark, indefinitely waiting, unable to see ahead, asking of ourselves and each other: who am I? Why am here? And where am I going?

Maya Solovej is a writer from Copenhagen. Her work has appeared in the Brooklyn Rail, EuropeNow, and Atlas Magazine. She lives in New York. 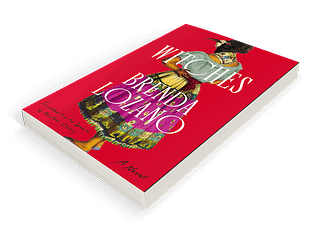 Precisely What They Want 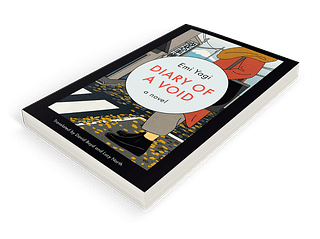 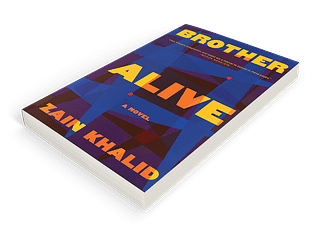