By the time I’d reached the seventeenth page of Aesthetica — a debut novel about plastic surgery and influencer culture by the author and memoirist Allie Rowbottom — I had decided that it might be interesting to make a note of every use of the word “violence” in the book, since I had already noticed it and underlined it twice. For a horror novel to repeat the word more than once in its earliest pages would be more or less expected; Aesthetica, however, is not technically a horror novel in the strictest sense, although it contains numerous scenes of degradation and assault and, as such, it is a uniquely horrifying novel, a bracingly mordant document of a very specific brand of online fame. Its heroine, Anna, is a former Instagram celebrity in her mid-thirties. It is 2032, and she is planning to undergo an experimental surgical procedure called Aesthetica which will dissolve her fillers, remove her various implants, and return her to an untouched, natural state. “This is the best I can hope for,” she thinks. “A clean slate before the next storm, next tragedy, next decade.” Narratively, we slip back and forth like quicksilver between the eve of Anna’s operation, and the start of her career as a teenage Instagram influencer in 2017, under the tutelage of a sleazy manager and sexual predator named Jake. Jake, who wears a man-bun and Aqua di Gio cologne, is such obvious bad news that when he calls her “baby,” it is easy to imagine it’s because he can’t remember her real name — he is also rich enough to be impressive to a nineteen-year-old girl, and when he offers to buy Anna breast implants, we know as soon as he informs her smarmily that the surgery is “no big deal” that she’ll eventually acquiesce.

That the younger Anna believes large breasts to be “silly and embarrassing… for silly embarrassing women, porn actresses, Real Housewives, Pam Anderson,” is a clever detail anchoring her firmly in 2017, her image of what makes a fashionable body not quite in step with the times. “I hadn’t noticed the ideals were changing,” she adds, “or that they’d been made up to begin with.” One of Aesthetica’s best, most genuinely thrilling qualities is its depiction of the intellectual and ethical whiplash that results from the collision of competing schools of feminism and ever-evolving bodily trends, leaving those who hope to balance sexiness and correct politics unmoored and dizzy. Often, Anna speaks in familiar phrases that pertain to fourth-wave feminism as a means of processing her feelings, with Rowbottom leaving room for doubt as to whether or not she actually believes the things she says. “My sex-positivity meant I shouldn’t judge his polyamory,” Anna notes when Jake asks if he can watch her fuck another man; “pointless…to feel anything on their behalf, [and] condescending,” she reminds herself after he acts obnoxiously around the dancers in a strip club. “Sex work was a choice.” Above all else, Anna’s attitude to the objectification and the modification of her body is complex and conflicted, making her an admirably realistic image of a gorgeous Gen-Z feminist living through the tail-end of the 2010s. When she first begins to notice the effects of Photoshop in editorials and advertising, she is horrified; when she realizes how she herself might benefit from a little smoothing over, she unconsciously starts recontextualizing it as a tool of empowerment. Anna is a woman, and if changing her appearance makes her happy, doesn’t that mean that to do so is a feminist act? Reading plastic surgery reviews online, she comes across a heartbreaking testimonial from an Asian woman who has had an upper blepharoplasty to correct her “natural squinty eyes.” “Day one,” the reviewer writes, rhapsodic, “and I’m already thrilled with my open, brighter expression.” “And what sort of woman would I be,” Anna thinks, with what appears to be sincerity, “if I wasn’t thrilled for her?”

Truthfully, even as a woman in her thirties who has very little stake, financially or otherwise, in how I look on Instagram, I confess to being uncertain of my own position on elective plastic surgery, which on the one hand seems to me like a perfectly fine expression of a woman’s individual desires, and on the other seems like something that cannot be separated from the pressures of a patriarchal culture. Rowbottom leaves ample room for ambivalence, and while Aesthetica is pitch-black and occasionally distressing, it is never didactic. What is “right” or “wrong” is often hazy, and what is “feminist” or “unfeminist” is, too, both in the novel’s telling and in life, with the younger Anna swept up in the rapids of two very-2017 cultural phenomena: the peak of girlboss feminism, and the birth of what New Yorker journalist Jia Tolentino later dubbed “Instagram face.” Still, Rowbottom is unafraid to portray the experience of living in accordance with an ever-evolving beauty standard as a perilous one, alienating and reliant on great sacrifice and pain. In the end, I found fifteen uses of the word “violence” or some variation on it in Aesthetica, and while some appeared in contexts that were more or less expected — that of sexual violence, for example, when Anna sees a MeToo item on the news — others are more abstract or poetic and thus more politicized. A bikini wax is “self-directed violence;” scars from plastic surgery are “the violence of past mistakes;” a character jabs the touchscreen of her phone “as if examining the aftermath of something violent;” direct messages from Anna’s followers, at first full of lust and love, turn “towards violence: You disgust me, cunt.”

To paint Aesthetica as uniformly furious or vicious would be, in spite of these numerous references to violence, incorrect. Certainly, it has its incandescent moments, but a righteous, sharp-edged satire about plastic surgery and Instagram would, I think, be one of the easiest kinds of novel to produce about the subject, and the tone here is a different thing entirely. If pressed, I would say that it was elegiac, as if Anna were in mourning for her pre-Instagram, pre-surgery self — Rowbottom’s prose, in lieu of the cool and clinical style one might expect from writing on a subject that is internet-adjacent, is at times poetic, and quite often sweetly melancholic. Any woman who has ever cared at all about appearing to be conventionally hot, with or without plastic surgery or fillers, knows that losing the obvious and immediate currency of one’s youth is its own kind of bereavement, and there is no going back. “Natural is better than prosthetic,” the adult Anna repeats to herself like a mantra, trying to convince herself of the veracity of the statement in more or less the same way she once convinced herself of surgery’s feminist bonafides. “Natural is moral…I have long considered Aesthetica the last step in returning myself to this better, natural state. Even if I could be natural only artificially; even if I could be natural only in death.” Grief — real grief — enters the narrative later, but almost immediately there is a sense of profound loss in Anna’s recollection of her earlier life, and her suggestion that Aesthetica comes with a risk of death adds a nihilistic frisson to her present. “I drop my bikini bottoms, unlace my top, let it fall, then glance at the mirror, always startled by what I see,” she says, examining herself in a motel bathroom mirror. “Dimples, ripples, reminders of masks and knives and wrist ties. A certain willful proximity to death itself.” During check-in, she has already glanced down the motel’s hallway, “lined with door after door of possible disappearances,” and imagined her body being dragged across one or another of its thresholds, and then swallowed up forever. “But maybe this is what I want,” she tells herself. “A violent disappearance.”

“A violent disappearance” is, effectively, what Anna has been working on since she first learned to be “a pulled together girl with all the mess shorn off” at her first mall bikini wax. “A girl,” she thinks, as the waxer pulls the strip and the pain becomes “a screaming hole” she slips inside, “wise enough to identify the mess in the first place, and to fix it.” Anna’s feminist, ex-opioid-addict mother lives according to the mantra “God grant me the serenity to accept the things I cannot change,” a phrase from the NA handbook that directly contradicts the ethos of the nipping, tucking influencer with her lunchtime liposuction and $1,000 fillers. When Jake first meets Anna and agrees to represent her, he refers to her appearance and her style as her “ascetic,” and although she quietly corrects him, it’s an interesting word: the committed influencer, with her altered body and her minute-by-minute agreement to expose herself, is something of an ascetic, sometimes proving her devotion to the cause through mutilation and starvation, abnegating her individuality for the sake of acting as a vessel for the love of others. It takes 209 pages for the patron saint of surgically-enhanced Instagram pin-ups to appear, and even then Rowbottom doesn’t use her name — she is simply “a beautiful girl with a dead father and a domineering mom, a girl with a heart-shaped face, a sex tape, a reality show, [a] celebrity wedding, and [a] slim, rib-less waist, giant ass.” Kim Kardashian, who turned forty-two last month, has spent fifteen years reshaping and remodeling her body and her face, fifteen years dominating almost every conversation about current beauty standards, and while reading Aesthetica I wondered what it might look like if she submitted to the titular procedure. I can no longer be certain what is or is not “authentic” about Kim Kardashian’s appearance, and I can also no longer be entirely certain whether I am meant to think of authenticity as a positive trait at all. I could not guess whether or not she is happy. This I do know: she looks perfect, poreless, as if she has been perpetually filtered in real life.

Philippa Snow is a critic and essayist. Her work has appeared in Artforum, The Los Angeles Review of Books, ArtReview, Frieze, The White Review, Vogue, The Nation, The New Statesman, and The New Republic. Her first book, Which As You Know Means Violence, is out now with Repeater. 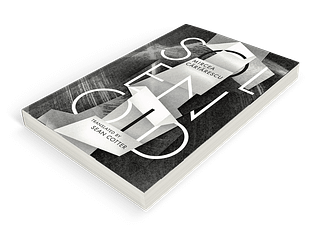 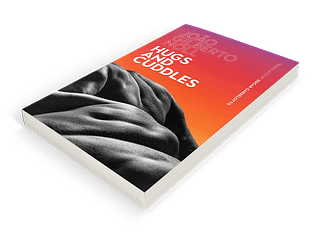 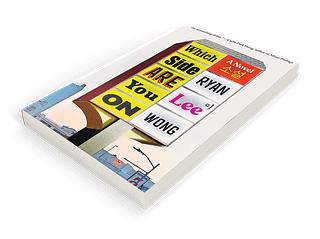