In our Modes of Transportation series, authors share notes from time spent in transit.

I love the New York City subway — I show it off to visiting friends as if a rich uncle bought it for me personally — but it has its flaws and blindspots. Traveling from my apartment in Astoria to visit friends in Bushwick, I’m presented with the choice of an hour-plus train or a thirty-minute bike. Because of that, and because the afternoon is warm, I choose the latter today. I’m off down the hill: enjoying the wind, petulant about infrastructure. 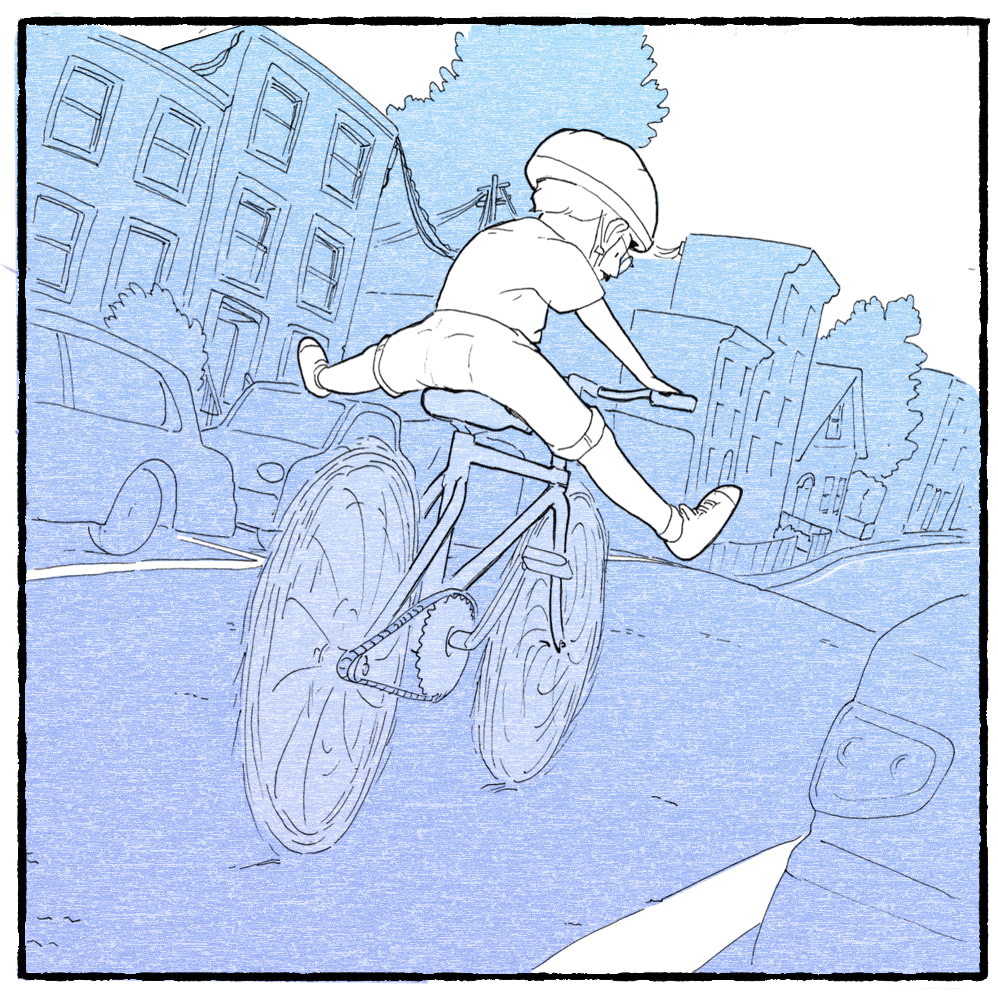 [Astoria]: Many cities around the world, but especially those in the U.S., are only retroactively adding human-centered infrastructure into a world built for cars, with mixed results. New York just refinished Northern Boulevard — as suburban a thoroughfare as you can find close to the middle of the city, with large box stores and sprawling parking lots — but the new green bike lanes are still unprotected from the road. Enormous metal creatures can still vaporize you in an instant.

I cross the street humbly and continue south. 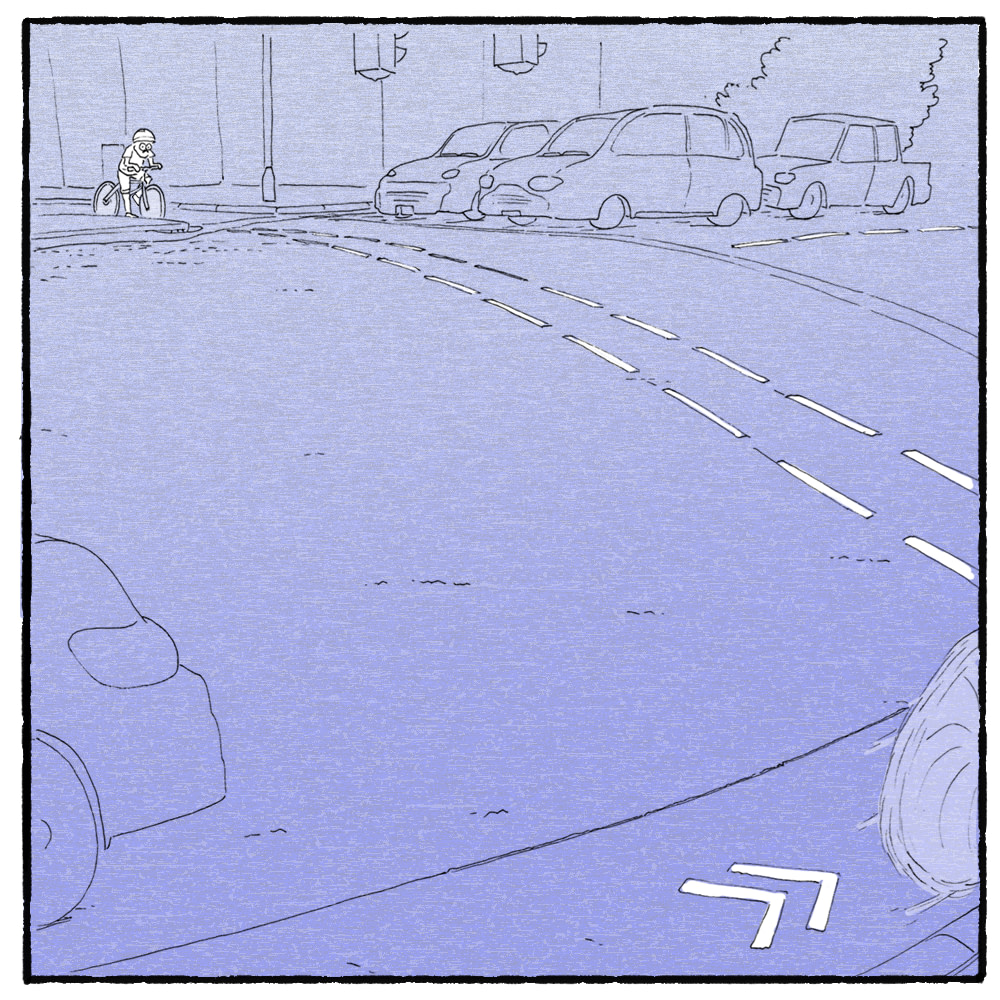 [Sunnyside Gardens]: Past the train tracks, I arrive suddenly in my favorite neighborhood, where the City Housing Corporation experimented in building a utopian working-class community after World War I. It’s quiet and green, with protected bike lanes and little footpaths between old brick apartments. The past and the present mesh so well here, I almost believe a better world is possible. Don’t tell me the history of how the experiment failed, just let me have a leafy moment. 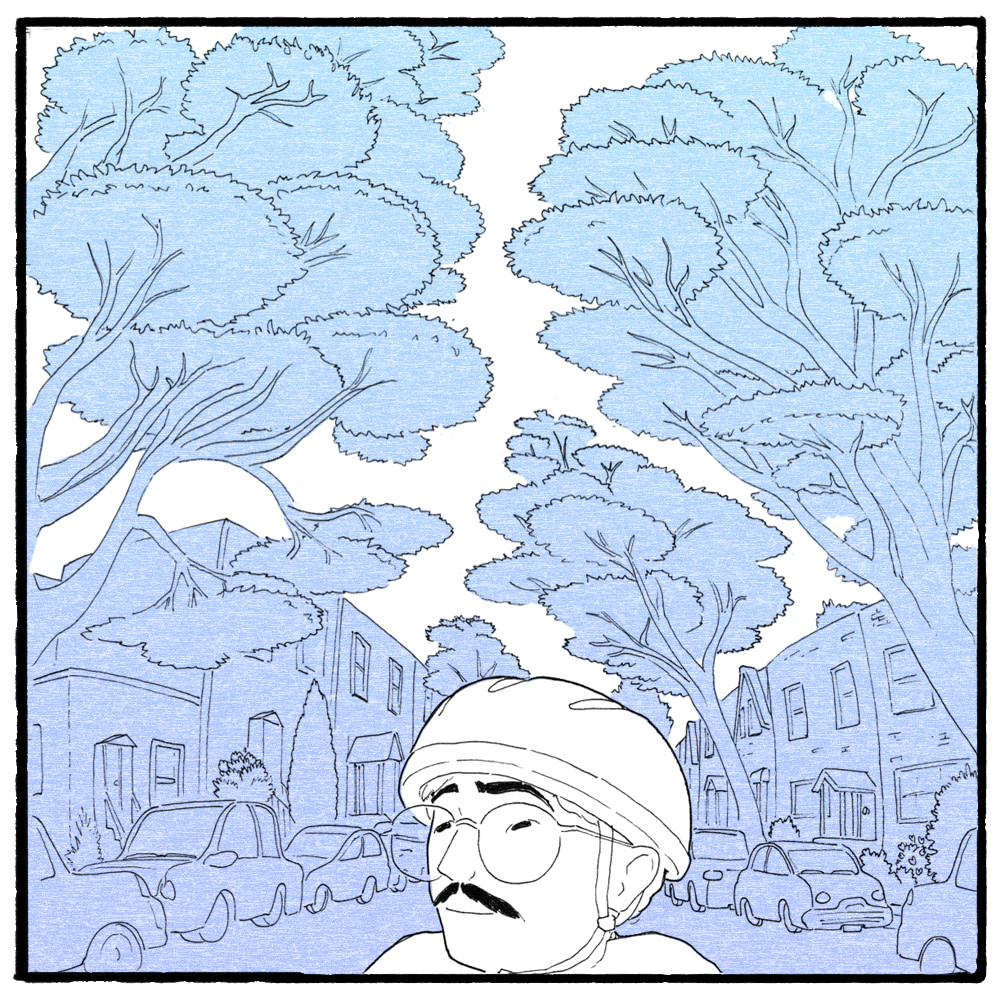 [Central Sunnyside]: Stopped at an intersection, a slow-moving fool blows past me. A fellow traveler, he and I are on the same team — in a way I love him simply for being out here. I run him down in fifty feet and speed away. The more bicyclists there are on the road, the more visible we are, the safer we are. We’re all in this together. But don’t try and pass me at an intersection unless you have what it fucking takes! (This does not apply to delivery workers, who are a separate class from commuters and always deserve the right of way.)

[Northwest Maspeth]: Just as suddenly, I’m back in car-world. That’s another thing about New York’s city planning: even if most of your journey is on well-marked bike routes, those routes have very little linking them. It’s like a checkerboard of safety-danger-safety-danger. It feels as if the spirits of Robert Moses, Henry Ford, and Google Maps are all conspiring to kill me.

[Southwest Maspeth]: On the nonsensical routes cooked up by your phone, you can end up backstage in the city. The buildings, vehicles, and workers that keep New York running are put on the edges, between boroughs and by the water. Although these areas are meant for cars and trucks, they’re quiet at most hours, and you can sneak around here to avoid busier roads.

[North Bushwick]: Wow, there are a thousand idiots who all dress and talk like me walking around! Passing from the currently-industrial to the post-industrial can feel a bit dystopic. Still, I wish we had this many bike lanes in Astoria. But without proper protections for renters, will pedestrian and bicycle development just help make the neighborhood a playground for gentrifiers?

[Bushwick]: During the pandemic, they took a few parking spaces away from cars for outdoor dining (or drinking, in this case), and it seems like the only unequivocally good part of the last few years. Every street is still mostly covered in parked cars all the way down, but now there are at least a few little boxes where you can share a beer with friends and plot how to get home.

I take a different route to see the sunset.

[Koscuiuszko Bridge]: Wherever the city has made room for cyclists and pedestrians, I’m thankful, and wherever they haven’t, I’m resentful! I can’t help but feel we’re battling for space, and the results are a patchwork; they’ve given us a lane on this bridge, but I had to cross traffic to get here. On bicycle, it’s hard to remember that the cars have people in them — people for whom a car is really the best option to get from one place to another. I just hate that we both have to live in a car’s world.

Maybe I want to push for bicycles just for my own convenience, but tonight I see so many people out and about, enjoying the evening air where just a little room has been carved for them.

[Astoria]: I like to really whip it up the last hill to my apartment. As a cue for four good, strong kicks. I always think of the way the rapper Schoolboy Q says YAWK YAWK YAWK YAWK.

Biking in the city involves confrontation with greater forces, but in the end, it is just your sweating body and your helmeted brain riding out and trying to make it back intact.

If you’re also headed out into streets made for cars, stay safe OK?

Gabriel Matesanz is a writer and illustrator based in New York City.

Men Talk to Me About Cars

Marseille to Berlin in Twelve Hours